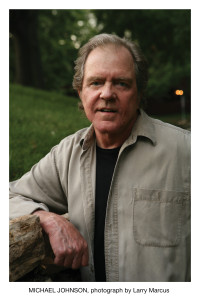 Yes, THE Michael Johnson, singer of the smash hit singles, “Bluer Than Blue,” “This Night Won’t Last Forever,” “That’s That,” and other landmark songs. Michael started playing at age 13; studied classical guitar in Barcelona; in 1968 joined the Chad Mitchell Trio with John Denver; and in 1969 toured for a year with the company of “Jacques Brel Is Alive And Well And Living In Paris.” In addition to his pop radio hits of the 1970’s and ’80’s, he racked up top singles on the country charts with “Give Me Wings” and “The Moon Is Still Over Her Shoulder.”  Michael’s recent recordings feature duet partners Nanci Griffith and Alison Krauss. His music shows a diversity, depth and heart that only come from years of dedication to a labor of love.  His amazing guitar work, humor and showmanship will make for a very special evening. Bring a friend!   Michael’s latest CD is Moonlight Deja Vu.   www.mjblue.com