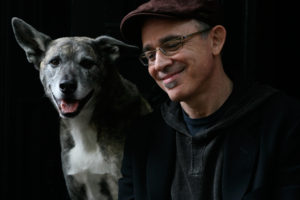 Astonished audiences often ask Kenny White after a live performance, “How come I’ve never heard of you?”  In fact, the pianist, singer/songwriter, producer and arranger has been very well known in the NYC recording scene for decades.  He comes to the world of the touring singer-songwriter following a long and successful musical journey.  Long List of Priors, his aptly named new album, is the latest collection of original songs: indelible snapshots of the human condition, from heart-wrenching to hilarious and observed with the precision of a diamond cutter. Kenny White began his career in the 1970s, touring exclusively as the keyboard player for Jonathan Edwards and Livingston Taylor, with whom he opened Linda Ronstadt’s legendary, “Living in the USA” tour.  He then became a fixture in the NYC studio scene throughout the 1980s and 1990s, producing and arranging hundreds of commercials for TV and radio, beginning with “The Unsinkable Taste of Cheerios,” nearly seven years of Chevrolet’s “Heartbeat of America” campaign, and countless ads for the Coca Cola company. Kenny White’s record producing credits include Shawn Colvin’s Grammy-nominated song, “I Don’t Know Why,” as well as the last four solo CDs for Peter Wolf, formerly with the J. Geils Band.