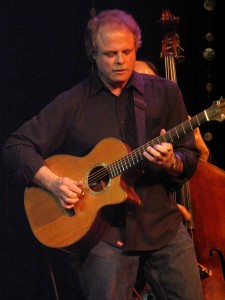 Grammy winner Pat Donohue is one of the most popular finger pickers in the world. His musical tastes are eclectic. Though he considers himself foremost a folk guitarist, Pat’s influences are rooted in bluesmen Blind Blake, Robert Johnson, Duke Ellington, Muddy Waters and Miles Davis.
Having been a songwriter and guitarist for twenty years for the “Guys All Star Shoe Band” of Minnesota Public Radio’s “A Prairie Home Companion,” Pat got to show off his savvy licks and distinctive original songs to millions of listeners each week. After wrapping up this impressive longterm gig, Pat now turns to full time concert touring, presenting master guitar workshops and attending prestigious music camps. 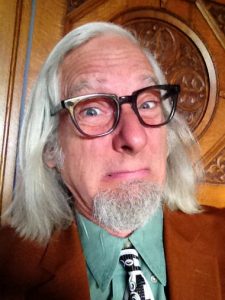