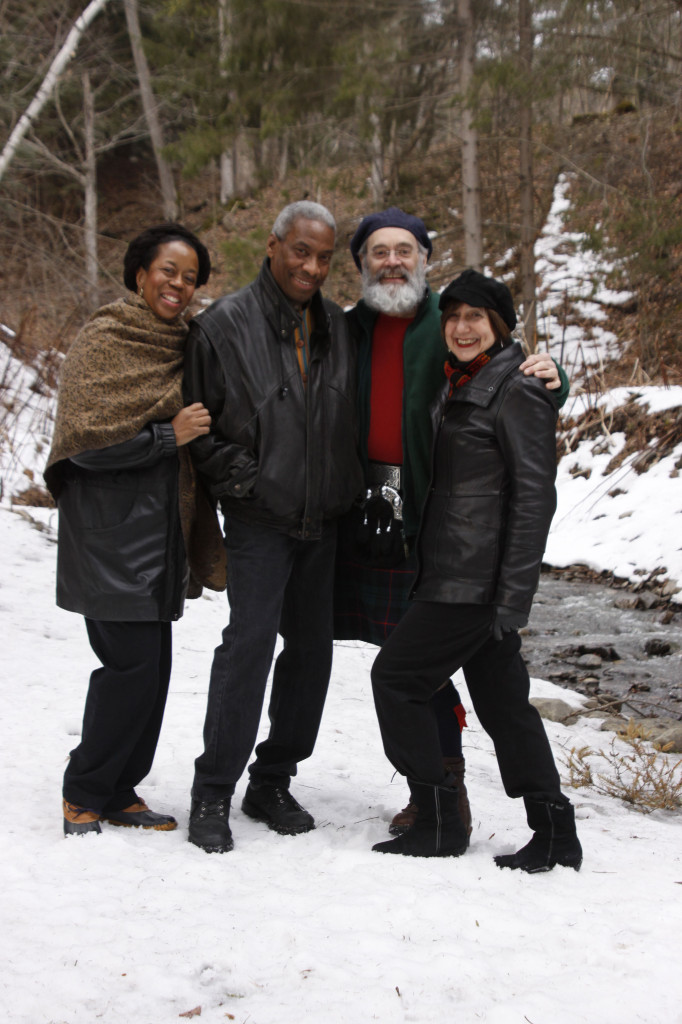 In a rare appearance as a foursome, Kim & Reggie Harris will perform with Magpie, for a special holiday concert, Season of Light. Magpie is the duo of Greg Artzner and Terry Leonino, and they are friends, neighbors, and collaborators with Kim & Reggie. The foursome have released two CDs together, Guide My Feet and Spoken in Love (live concert CD). A Kim and Reggie and Magpie Concert is a moving experience of soaring vocal dynamics matched by a repertoire of inspirational and thought-provoking songs for peace and social justice, music of the Civil Rights movement, and a sprinkling of madness and hilarity.From Solstice to Chanukah to Christmas to Kwanzaa, many cultures and peoples celebrate as the days grow short in the Northern Hemisphere. These gatherings are a reminder of the changing season, of hope and freedom, of new life and new beginnings and of the basic principles for living together. Combining their many talents, Kim & Reggie Harris and Magpie will perform music and tell stories from traditions that mark The Season of Light, celebrating the many common these of these festivals: the changing seasons, respect for nature, the quest for freedom, kindness to others, unity, cooperation, purpose and creativity.About Kim & Reggie:
Consummate musicians and storytellers, Kim & Reggie Harris are a mini festival of diversity. Combining traditional African-American spirituals and freedom songs with original folk, they sing of life, love, the quest for freedom, environment and community. Their latest CD, Resurrection Day binds these themes into a profoundly moving personal odyssey of inspiration and hope, adding Reggie’s experience as an organ donor recipient to the social justice palette.About Magpie:

Magpie is the contemporary folk duo of Greg Artzner and Terry Leonino. Known as environmental musicians, activists and teachers Magpie has over 40 years of touring history in festivals, schools, historical associations and museums, including the Smithsonian. They are also Master Artists with the Wolf Trap Institute for Early Learning Through the Arts Originally from Ohio, they now make their home in upstate New York, right next door to Kim & Reggie Harris.