Katie Geddes sings traditional and contemporary folk, country-folk, and folk-pop tunes. A deft interpreter of beloved songs, her captivating voice and velvety-smooth delivery bring new life to the compositions of writers such as John Prine, Buffy Sainte-Marie, Michael Nesmith and Lennon and McCartney. Katie’s latest CD release, We Are Each Other’s Angels, features an inspired roster of guest artists including Michael Johnson, Mary McCaslin, Don Henry and Small Potatoes, and has received extensive airplay across the country and around the world.When not doing her own gigs, Katie has been known to “moonlight” singing harmony for folk- rock legend Melanie and local favorite Matt Watroba. 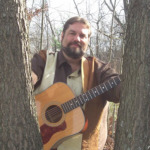 Matt Watroba brings a very special set of talents to the stage whenever he appears as a folk musician. His excellent guitar playing, mellow voice, friendship with his audience, and knowledge of his presentations is impressive. Add to that Matt’s own special brand of humor and you are in for a most entertaining and enlightening set.You will feel his obvious love of folk music, both traditional and contemporary; its writers and performers; its heroes and villains. Matt sings songs of compassion, inner strength, humor, and everyday living. Matt’s latest CD, Shine Right Through The Dark, appeared on several folk DJs’“Best Of”lists for 2010. 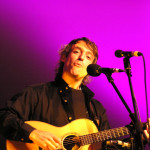 There is no better storyteller than Chuck Brodsky. Ranging from poignant to hilarious, his songs are about the little things in the lives of everyday people. Chuck’s soulful and compassionate voice brings his characters to life, and is the perfect instrument for infusing his lyrics with heartfelt humanity or biting wit. His spoken introductions to his songs can be as spellbinding as his colorful lyrics, which he brings to life with a well-traveled voice and a delivery that’s natural and conversational. His groove- oriented strumming and fingerpicking draw on influences from the mountains of western North Carolina where he now lives, and from lots of different good old traditional folk stuff of all kinds. Chuck is widely known for his many wonderful songs about the heroes — and zeroes — of baseball. His latest CD is The Baseball Ballads 2.

Chuck Mitchell started singing in Detroit folk clubs in the 1960s. In Toronto, on his first out of town gig, he met Canadian songwriter Joni Anderson. They married, and as a duo Chuck and Joni Mitchell played the coffeehouse circuit, and gin rummy, until they divorced in 1968. Mitchell’s credits include A Prairie Home Companion and repertory theatre in Texas and in England. He has played Harold Hill inThe Music Man and Woody Guthrie in Woody Guthrie’s American Song. Most recently, he wrote and produced Mr. Foster & Mr. Twain, in which Stephen Foster joins Mark Twain for an evening of story and song. A Chuck Mitchell’s show combines his seasoned skills as an actor, singer and guitarist with a selection of delightful material. He sings cabaret songs by Brecht and Weil — “Mack the Knife” and “The Bilbao Song” — and whimsical songs by Flanders & Swann — “The Gnu” and “Have Some Madeira, M’dear”. He roves the room singing “Freeborn Man” by Ewan McColl, or “Necessity” from Finian’s Rainbow. He weaves poetry by Robert Frost and T.S. Eliot into his shows. He has been called a renaissance man, and thinks he is old enough to be one.

Vocal trio All About Eve (Katie Geddes, Deb Wood, David Vaughn) offers up a variety of close-harmony pop covers and traditional and contemporary folk and gospel songs, accompanied by Dan Reynolds on guitar.