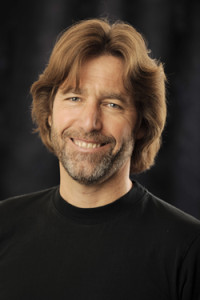 John Flynn sings from the heart. His powerful songs of humanity and hope are deeply rooted in the traditions of Woody Guthrie and Phil Ochs. From barbed political verse to joyous fun-loving lyrics for kids, John paints vivid, lasting images with words and music, drawn from a palate of awareness, irony, humor and compassion. John began writing professionally in 1980 after graduating from Temple University with a degree in political science. A staff writing contract with Combine Music and a Billboard Magazine Top Forty country recording of his song “Rainbows and Butterflies” by Billy Swann (“I Can Help”) established John in the heart of Nashville’s Music Row. Flynn’s songs eventually transcended the boundaries of country music. He moved back home to Philadelphia, where he continued writing with his own style. This proved successful and John’s songs have been recorded by artists as diverse as Chris LeDoux, Ronny Redman, Full Frontal Folk and Ronny Cox. In the early 90’s Flynn performed heavily in and around Philadelphia where his CDs received extensive airplay on AAA radio giant WXPN. His first main-stage appearance at the 1995 Philadelphia Folk Festival cemented John’s reputation as a dynamic original contemporary folk artist. Songs that Flynn wrote for his own four children became the basis of two highly-acclaimed family CDs. John appears regularly on the Peabody Award-winning children’s radio program, “Kid’s Corner” and has been featured in New York City’s Madison Square Kids’ Series. Flynn’s first national release was John Flynn. It hit Top 20 on the Americana charts. A live album, To The Point, followed. In the new millenium, John began to speak and write about social justice issues, and his newest CDs reflect that change. 2004’s Dragon proudly features backing vocals by Kris Kristofferson. The track, “Angel Dawson” was included in the 2005 season finale of TV’s Joan of Arcadia. John’s songs, “Blink,” “Put Your Freedom Where Your Mouth Is,” and “There’s No Them There” are featured in the 2008 Robert Corna documentary Tiny Tears. The film looks at the global epidemic of pediatric HIV/AIDS. Tiny Tears premiered at the United Nations and then screened at the Cannes Film Festival. In 2005, Arlo Guthrie invited John to join his post-Katrina “Train To New Orleans Tour.” Arlo says of John, “More than just a good songwriter, performer or guitar player, John Flynn is a friend because he actually does the kinds of things to make the world a little better.” Off the road John enjoys time home in Delaware with his family. He volunteers with a men’s discussion group in a Delaware maximum security prison. He is a devoted supporter of Camp Dreamcatcher, an organization providing a safe haven for children living with HIV/AIDS. With only an old Martin D-28 and harmonica for accompaniment, John’s compelling songs, strong voice and open heart are turning strangers into believers and believers into friends. John’s latest recording is of End The Beginning. www.johnflynn.net